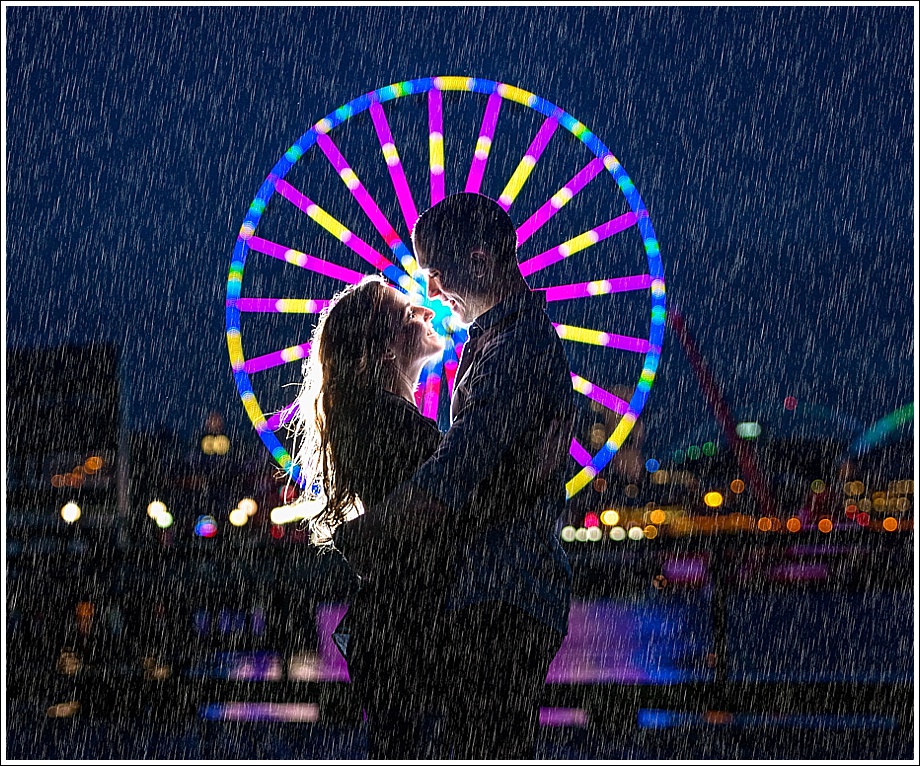 When I first met Justin and Joanna, I thought they were just like any other couple until they told me that they each played in a rock band with a touch of punk. Then I thought about how many people I’ve known in Seattle who have been or are in a rock band and suddenly realized that there are many, almost as many as photographers in Seattle which says a lot! However, these guys really stand apart from the average Seattlelite in a “band”. I was impressed listening to their music from some links they provided online.

We started off the engagement session at Chateau Ste. Michelle in Woodinville. I’ve enjoyed a couple of summer concerts there, one of them being Pink Martini, which was a lot of fun! It’s so nice to be able to bring your own food for a picnic and get some of their wine to drink during the concert where you sit on the grass or a small lawn chair. Although my memories of summer concerts was fresh in my mind, my cold hands were telling me this was not summer weather at the winery! You could tell from the landscape around the grounds that spring was still in the process of arriving. 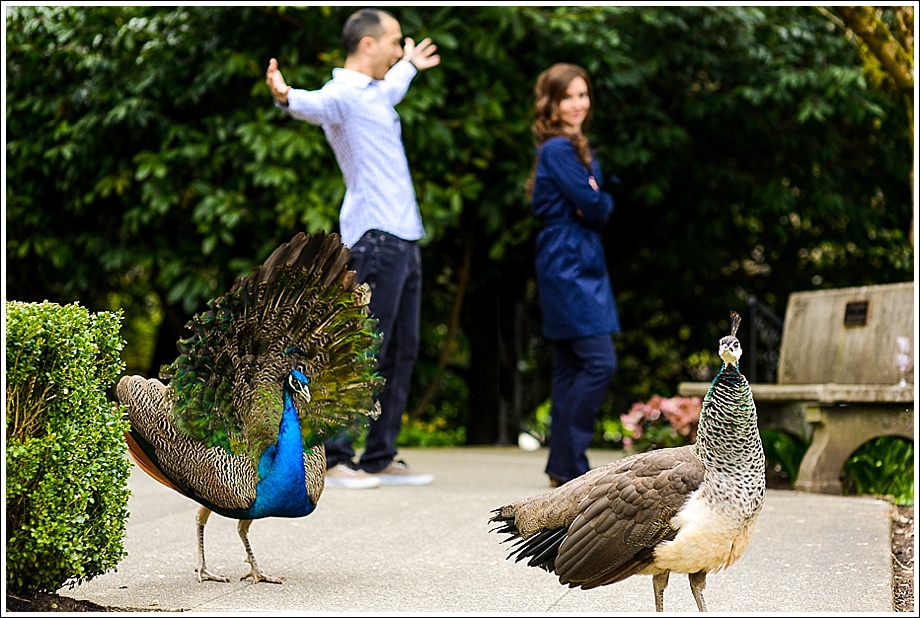 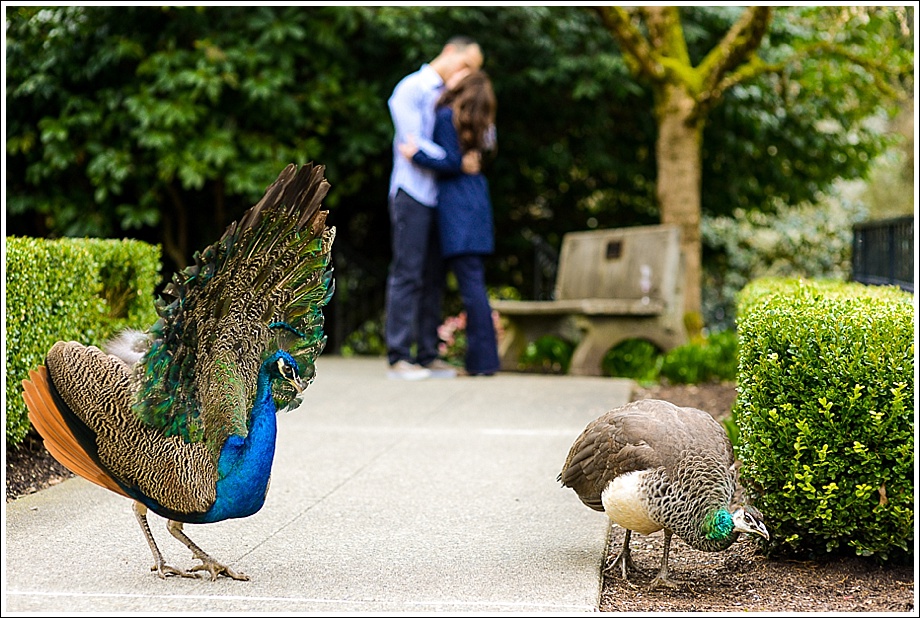 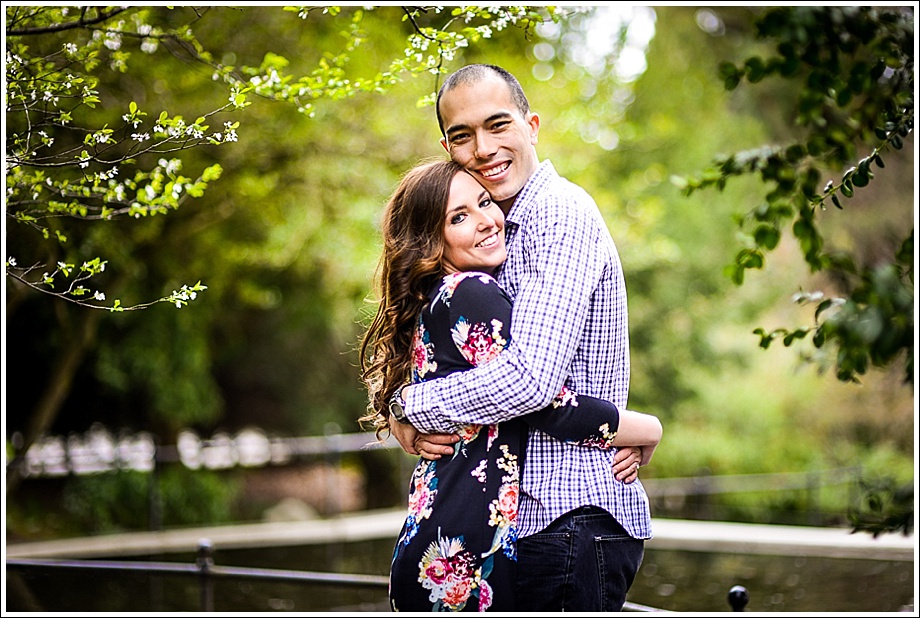 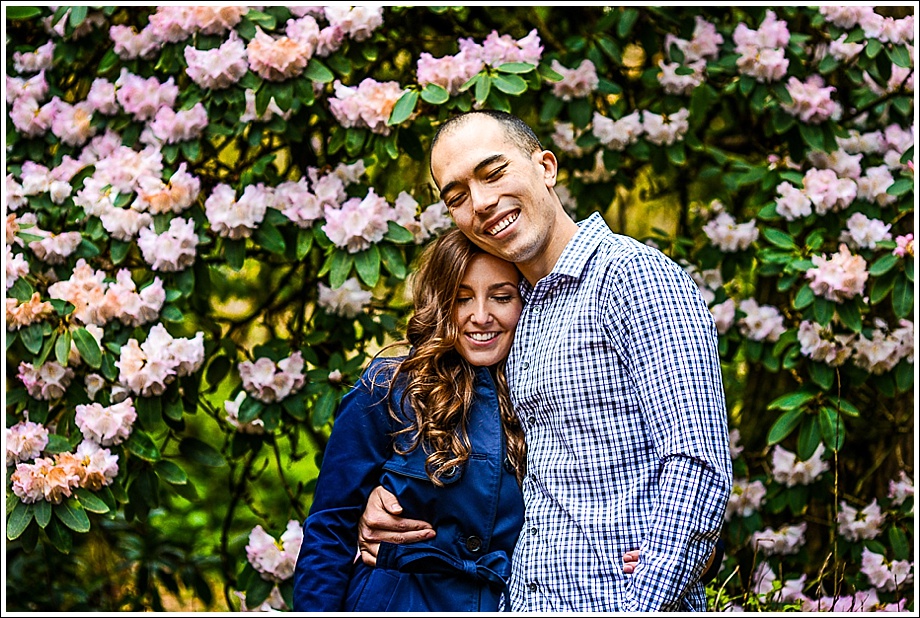 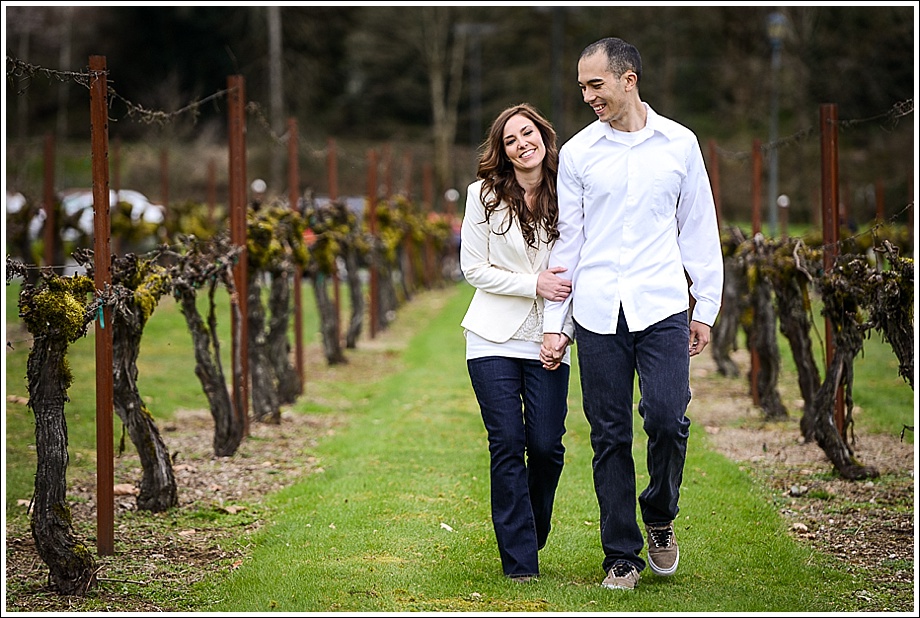 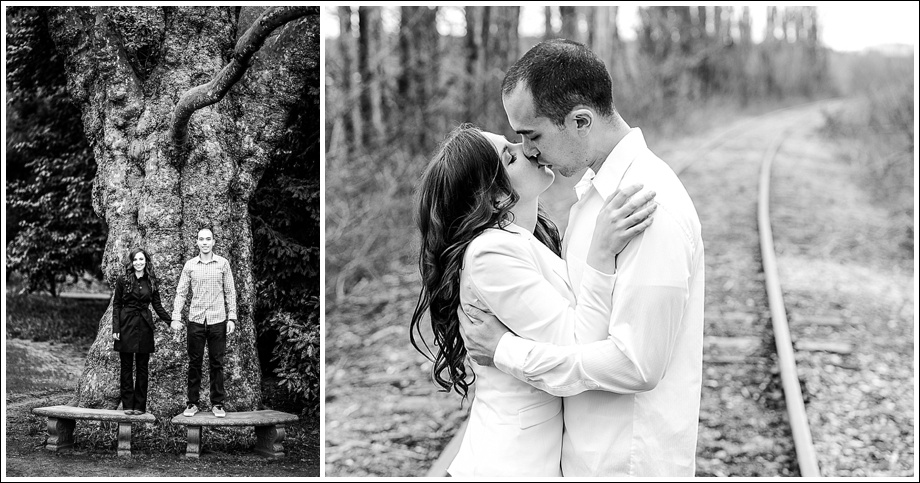 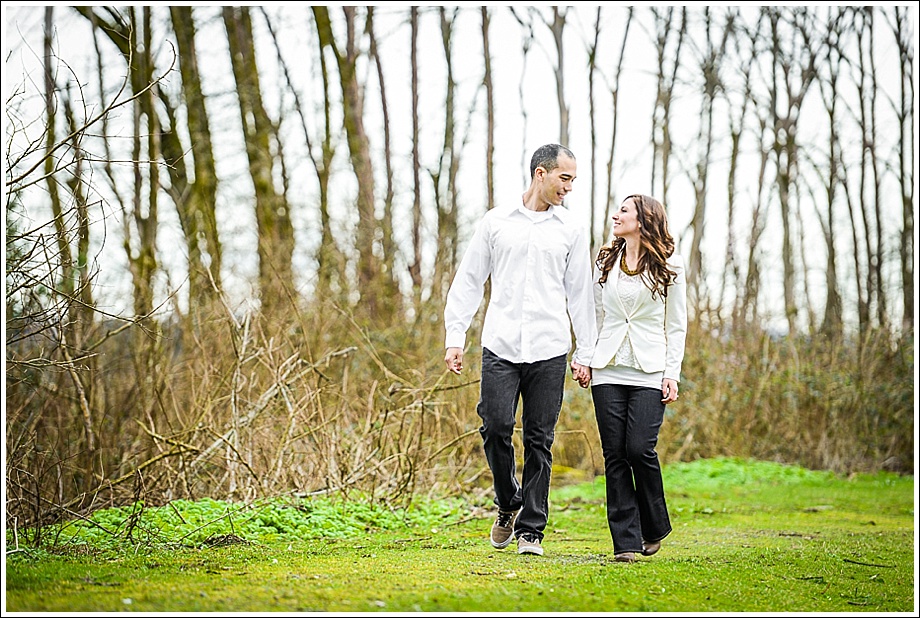 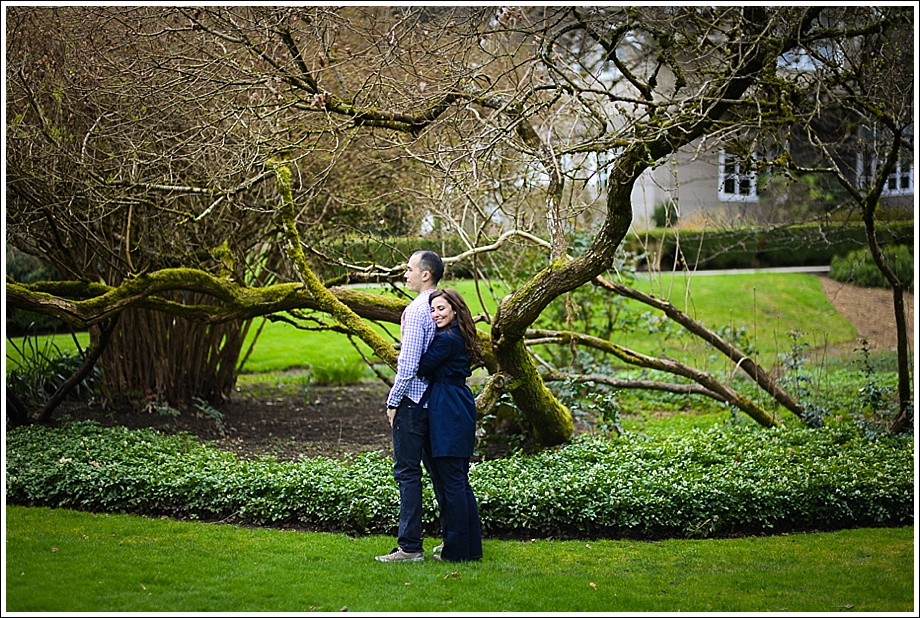 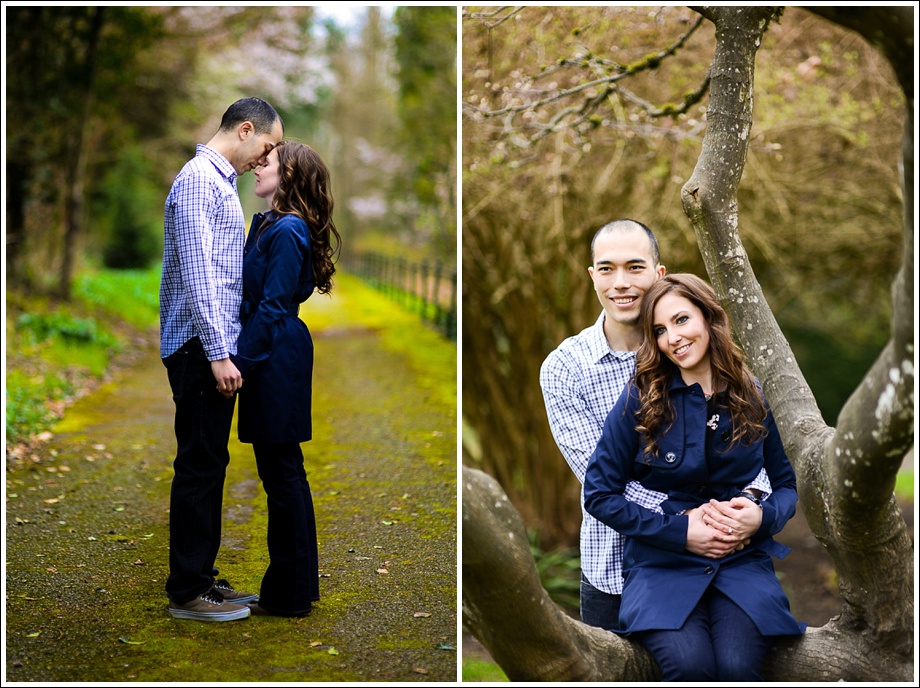 When we were done with the winery, we decided to travel to Belltown where we could add some urban shots to the nature ones we just captured. I used to live there when I first moved to Seattle and I very much enjoyed the artistic vibe and the beautiful Seattle cityscape. I was excited to be photographing there again. 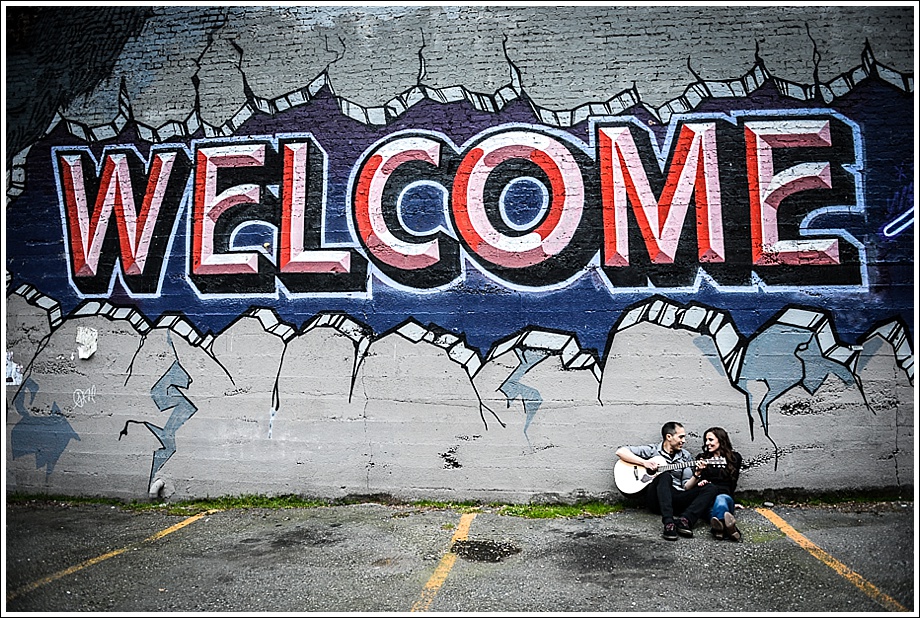 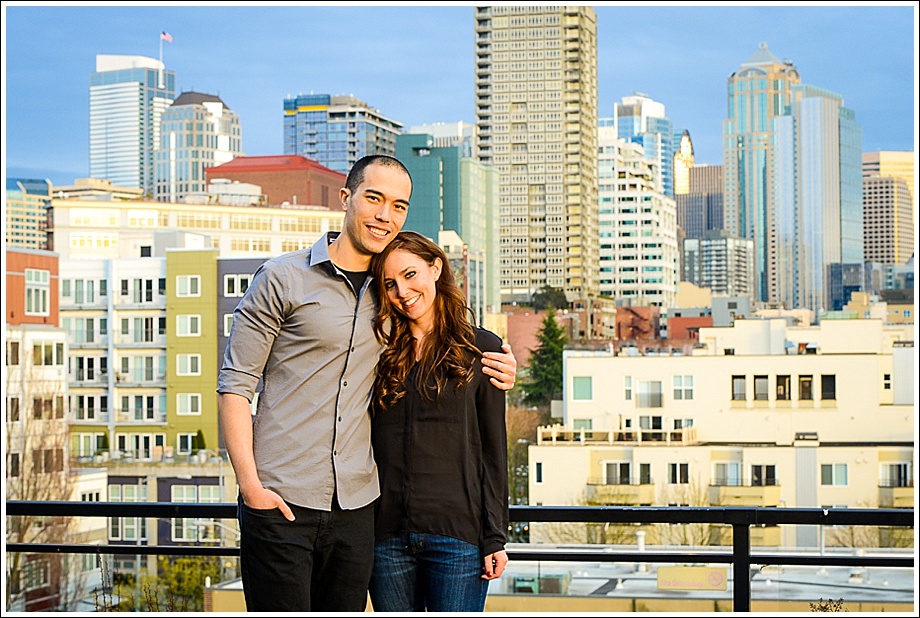 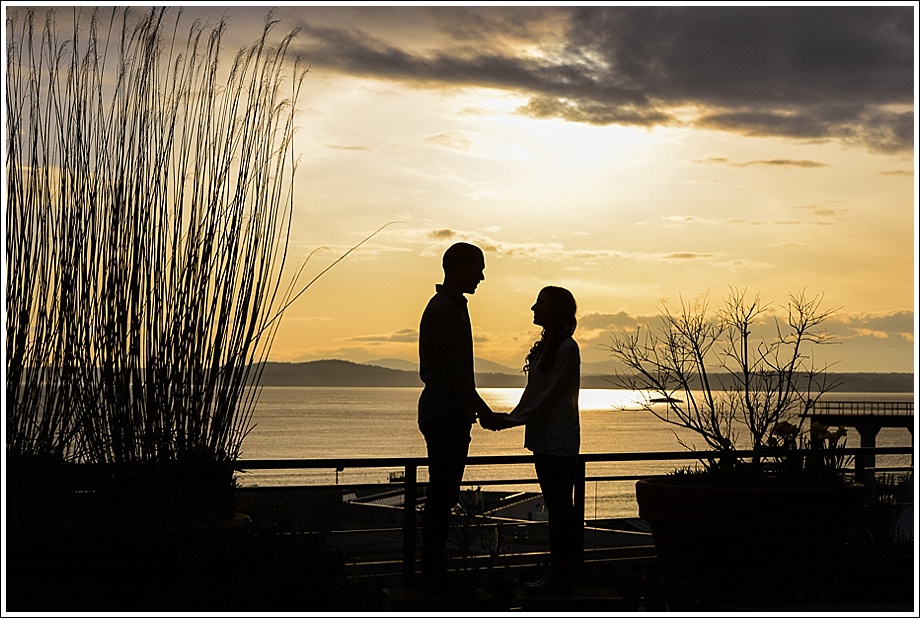 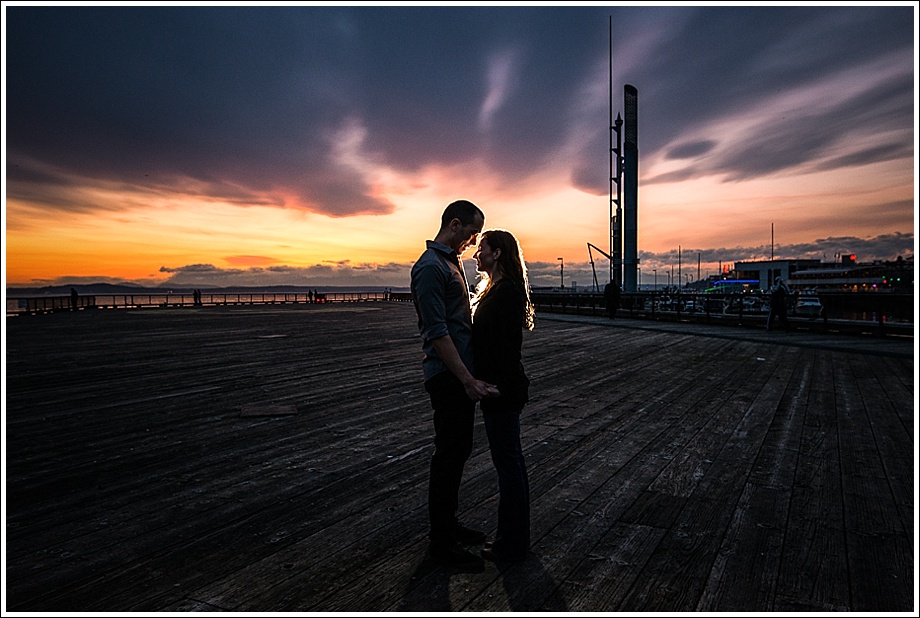 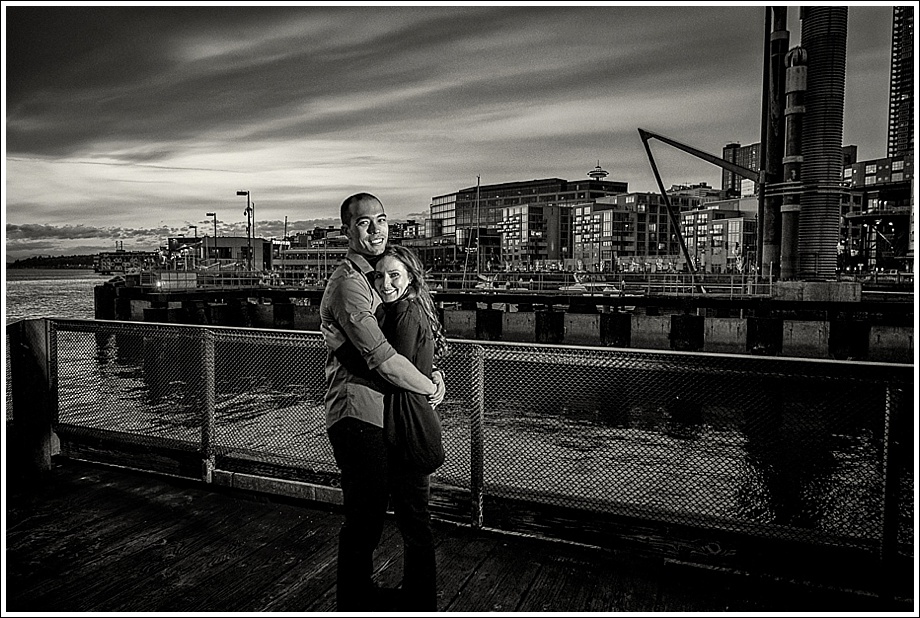 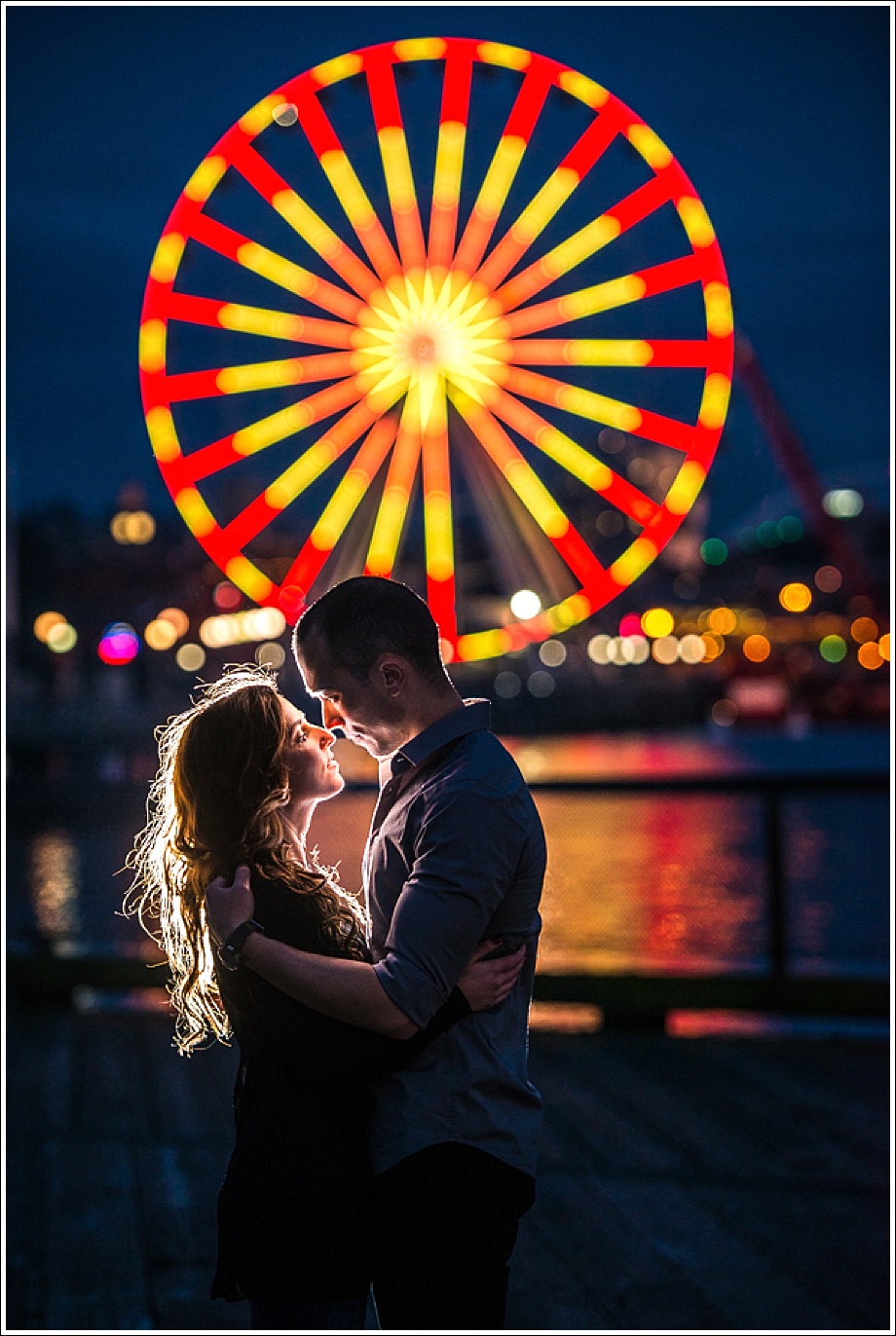 We finished our photo session on the beautiful waterfront of Seattle. The great wheel is so nice to have in our city! It gives a new and fun backdrop to the photos I do in that area.
I look forward to photographing their Seattle wedding!